Get this supplement and 10 more for $45.00 USD
The Pandion EVERYTHING Bundle
View bundle
Download NowName your own price

Draw your new players in by tying them directly to the Lost Mines of Phandelver story! This download includes a unique letter and personal goal card for each of the six backgrounds included in the LMOP adventure. During character creation the players choose their background first, and build a character from their selection.

Included are PDFs (Color and Printer Friendly versions) containing the letters and personal goal cards. If you pay $2.00 or more you'll get access to the source files, including the vectored images (1920x1920 PNG and .afdesign files) and Affinity Publisher files.

Inside each envelope place:

At Character Creation (session 0), players first choose a labeled envelope, and then build their character. The contents of the letter and personal goals are kept secret from the others at the table.

Then start off in the stables outside of Neverwinter with a very flustered, pushy Stable Master, wanting to see them off as soon as possible. This is the essentially the "Inn" scene with clear direction from the start, and gives the players time to show up at the stable and introduce each other with the assistance of the Stable Master pushing them off to the road. Then the first section of LMoP begins as normal.

This is to do two things: Help with character creation and drive home a sense of purpose and motivation. Most of the players in my first game stated that being just thrown into the first section of LMoP as written didn't give them time for their characters to introduce each other and really get to know one another before the first action.

The healing potion is there for two reasons as well: To keep players from immediately trying to take a rest after the first fight and to not immediately kill off new players on their first fight, which can be disheartening to them.

As new players they see their health drop down and panic, wanting to rest. This is so those who do get injured can heal up quick and continue on, while still not having regained any other benefits that a rest brings. The idea is not to pause the action right after the first fight and have that sense of urgency maintained.

Lastly, after each character is created, I go into my PC tracking document and come up with some reward for them completing their personal goal that aligns with the character they created and type of player they are. Once the first PC complete their goal and the other players see a personal reward, you can be darn sure everyone at the table will be scrambling to complete their goals.

Get this supplement and 10 more for $45.00 USD
The Pandion EVERYTHING Bundle
View bundle
Download NowName your own price 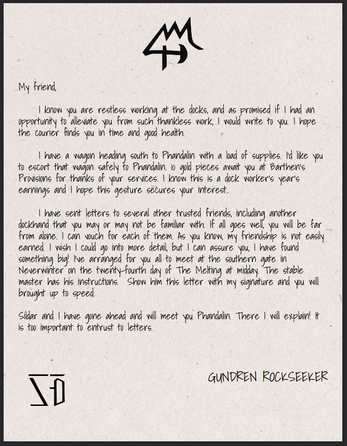 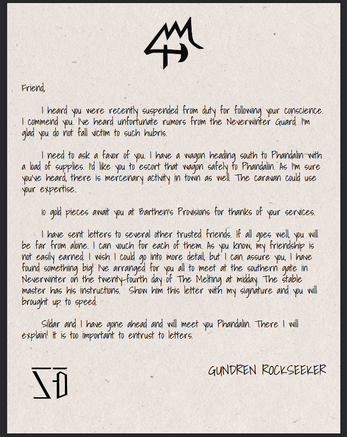